Since 2007, FIADASEC is one of the NGO’s who are consultative members of United Nations’ ECOSOC, with special status as consultative institution. 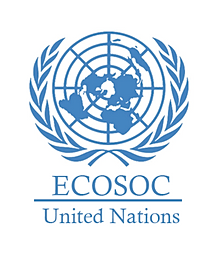 Non-Government Organizations which are affiliated to an international organization may be admitted, as long as they can prove that their work program has a close relationship with the objectives and purposes of the United Nations.

In order to be eligible for the consultative status, an NGO should have a legal personality proving its existence, officially registered by the government as a nonprofit NGO for at least two years. It should have a headquarters, a democratically approved constitution, legitimate authorities elected by its members, a president and an organizational structure with appropriate mechanisms for accountancy, democratic transparency and decision-making.

FOR PEACE AND CONSCIOUSNESS